Try a pair of Salomon’s new Wings Pro 2 trail runners and it’s unlikely you’ll turn back. And, yes, I mean that to mean both things: you’ll become a Salomon loyalist and you’ll feel compelled, while running, to go farther. 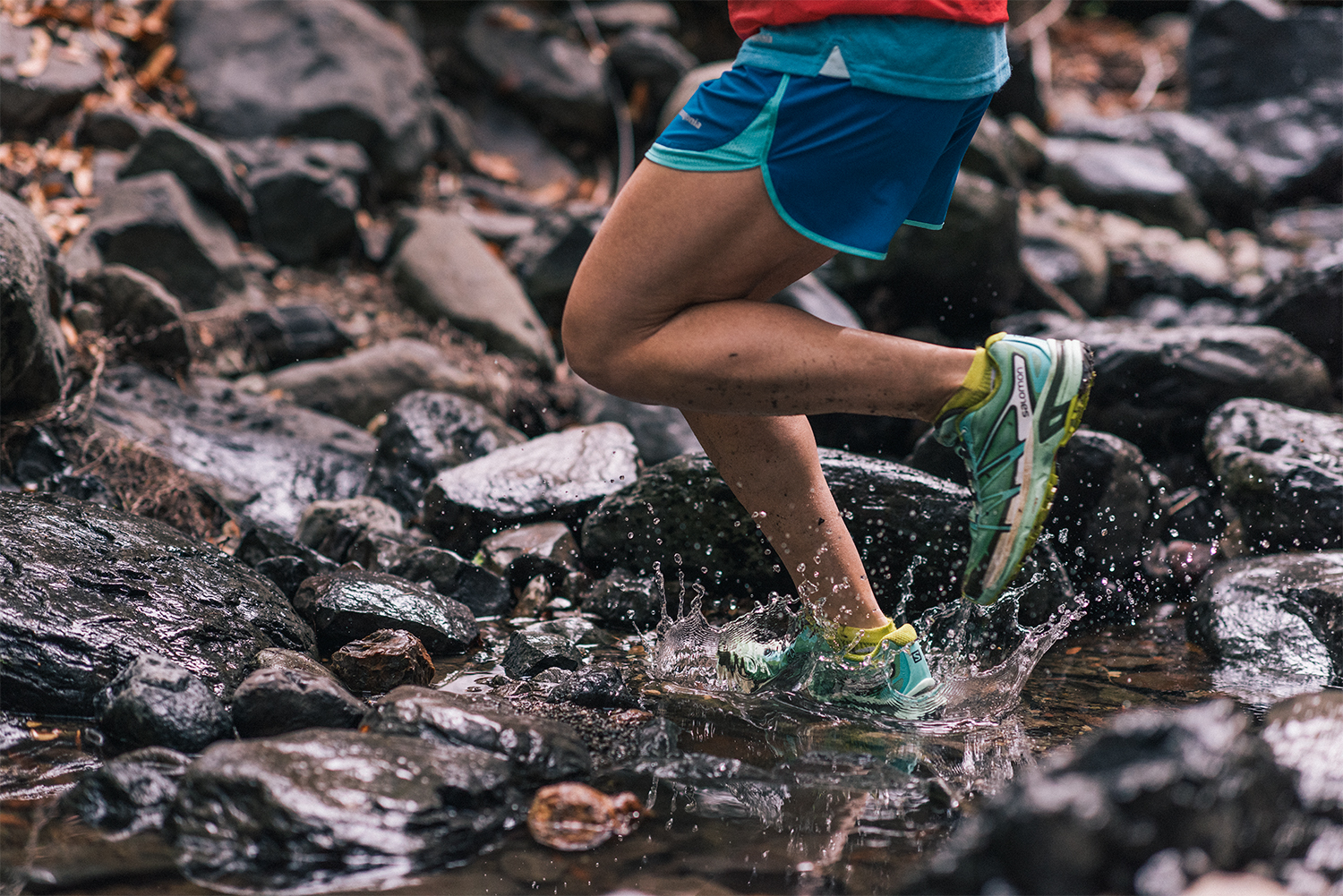 Derived from the Salomon line of XT Wings—which gained a reputation as a hiking shoe because of their bulbous profile—the new Wings Pro 2 trail runners showcase a honed profile and traction.

This season, I’ll be going for faster mileage with the lightweight (1 lb. 4.2 oz. per pair, women’s), more svelte Wings Pro 2s. While testing them on trails in New York’s Catskill Mountains, they hugged rocks, chunks of ice, wet leaves and loose dirt. Salomon has truly figured out a rugged tread pattern that not only looks aggressive, but behaves so on uneven ground. And, the no-longer-bulky forefoot is easily reined in thanks to Sensifit, which wraps feet snugly and is easily adjusted for tautness with the single-pull lacing. Because the forefoot is snugger, I found it easier to react while running downhill, taking a solid dose of fear out of the equation.

Salomon also removed a large plastic chassis from the bottom of the shoe, which amps up trail feel. That, combined with Profeel film inside the newer chassis, creates the perfect combination of protection and agility so that I never felt stiffness or instability in my step.

Airy mesh keeps the shoes breathable while a mudguard and bomber toe cap fend off the bad stuff. These aren’t for minimalist runners—10mm of heel-to-toe drop means they are ample in cushioning.

Note: These shoes run large, so size down by one half-size when purchasing.

Check your inbox for more perks. We’ll send you a few emails every week.

You can unsubscribe from REI Co-op emails at any time.

Hmm. Something’s not working on our end.