Across the valley, two brightly colored mountain bikers sit poised on a ridgeline above a twisting section of singletrack. Thanks to the slender rectangle of tech clipped to my photo pack, they are mine to control.

We’re on a magazine shoot in the Lyell Range on the West Coast of New Zealand’s South Island and our crew is outfitted with goTennas, a new device that creates a communication network between users. I tap “send” and my message to “drop it” instantly zips the half-mile to the riders. They receive it, promptly clip in and launch into the turns below. After their run, they are just tiny specs in the distance at the bottom of the ridge. “How was that?” messages Sarah from down in the valley. “Awesome! On my way down” is my message back. A green check mark shows me that it’s successfully sent. I stow my gear and ride down to meet them. 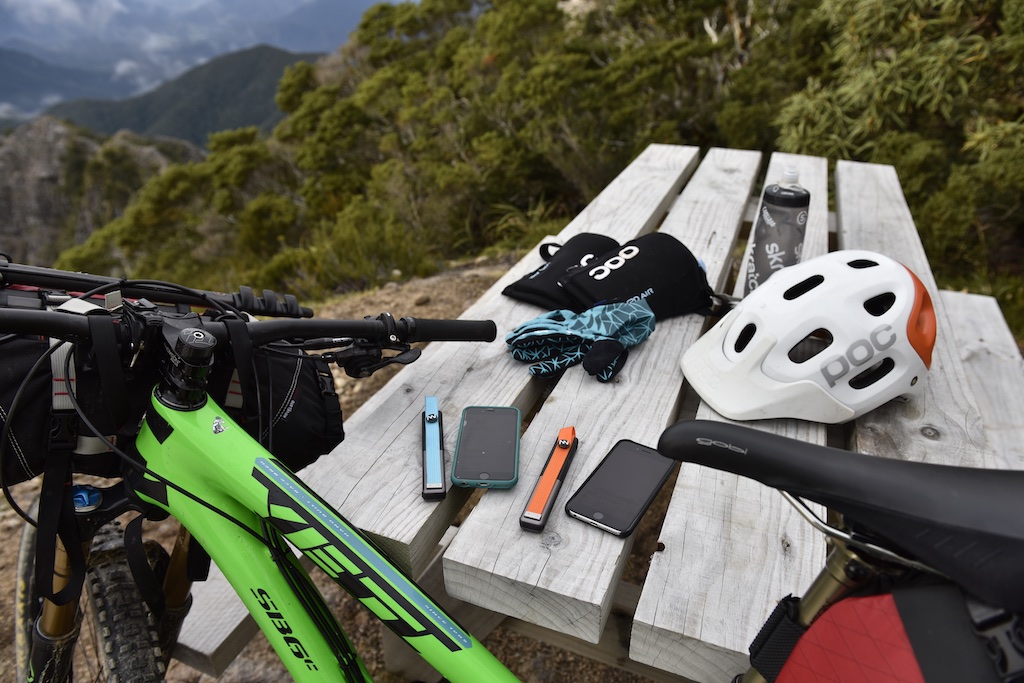 We usually employ some sort of two-way radio to coordinate this kind of work, but decided that a weeklong bikepacking adventure in the mountains of New Zealand would be a final proving ground for this new technology. The goTenna is a battery-powered transceiver that pairs with your smartphone (iPhone or Android) via Bluetooth. The associated app allows for text messaging and GPS mapping functions between up to 10 goTenna users.

After getting acquainted with the device on our home turf and while traveling abroad, we felt the tiny goTenna units (1.8 oz. each) could get the job done in the backcountry. The nature of this project meant that we could try using simple messages to coordinate photography with our athletes. Plus, the goTennas offered a couple advantages over the different kind of handheld radios we use—mainly in weight savings and power consumption.

The professional-grade radios we use weigh in at 12 oz. each and the smaller consumer walkie-talkies have proven unreliable, depleting batteries in as little time as an hour of use. On this particular adventure, the goTenna “sticks” lasted about four days until needing a recharge via their micro-USB port. 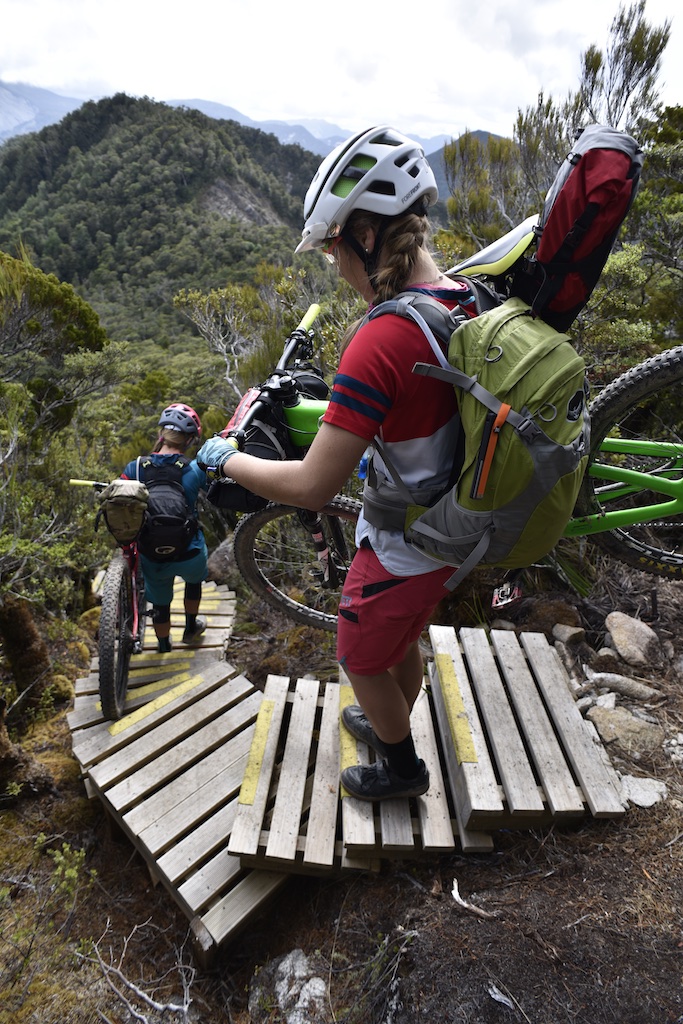 The way goTennas communicate can also be an advantage: Sometimes a written message is more clear than a less-than-perfect voice transmission. The goTenna app also confirms that your message is delivered to the recipients. That’s reassuring to know when you’re operating off the grid. Messages can be sent peer-to-peer (individual or group) or broadcast to anyone in range with a goTenna via a “shout” function.

Another aspect the device brings to the table is GPS functions. Used in conjunction with the app, goTenna will put your location on a downloaded map of the area, share that location with other goTenna users, and request the locations of others users in the group. The maps provided by goTenna proved to be accurate and detailed. The track we were on was not well known, yet impressively it showed up on goTenna’s New Zealand map along with the hut we were staying at. Maps are downloaded to your mobile device while connected to a service area or Wi-Fi, but are then usable off-line.

That’s key for any usability off the grid or out of your normal service area. When first getting introduced to a new kind of communications device, you want to know about its effective range. And if you have various devices that depend on a radio signal, you know the answer to that is: it depends. The goTenna uses a two-watt VHF radio and advertises an average range of up to four miles in the backcountry but can reach further based on the surrounding terrain.

But there are a lot of factors that can chip away at that figure, with dense vegetation and terrain features topping that list. We were able to successfully send and receive messages a mile away in the beech forests of New Zealand. That range doubled once up in the alpine above bush-line, but even those ridgelines are very lush.

We also found that it’s easy to blame lack of range on the device when user error is really the culprit. In one instance, a member of our party was not receiving messages; when she picked up her pack, which had the device attached, off the ground, the problem was solved. In high-interference areas, we found that attaching the device as high off the ground as possible could dramatically improve performance. 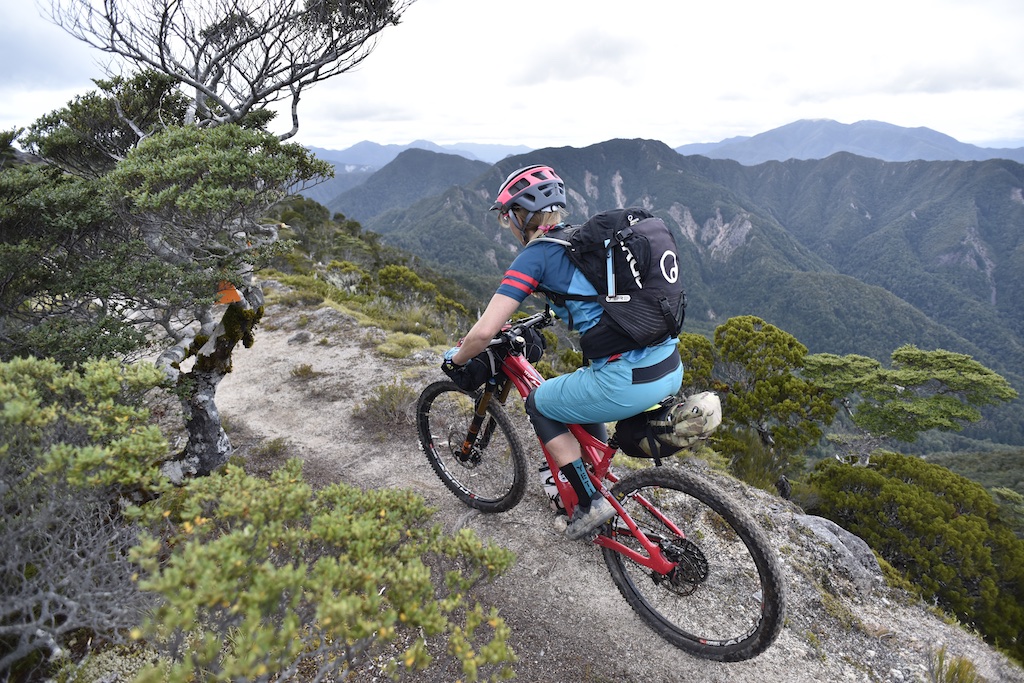 Sending a message to someone inside a building was nearly impossible, but this is not a dig on the goTenna, as these are very difficult situations for any kind of radio transceiver. Even the best remote radio triggers and avalanche beacons are affected by this kind of interference. Ever wonder why you should never pocket your mobile phone next to your avy beacon? Like a technician once told me, “It’s radio, not magic.”

That said, we all know how quickly apps get updated. The potential of what you could do with a super-portable VHF network that also receives a GPS signal is huge. Now that this technology is available, it will be interesting to see what they come up with.