Hi there - I'm looking for trail running shoes with good ankle support. I found these that cite using the best of trail running technology but they are still hiking boots at the end of the day, and if the higher ankles will only hurt me when trail running, I'd like to know. Any suggestions for great trail runners with ankle support would be appreciated!

Casual Visitor
0 Likes
Reply
Sorry, either you cannot reply to this topic or you have not verified your email address by clicking on the verification link in the email we sent you when you registered. If you did not receive an email from us, or need us to resend it, please visit your User Profile page.
4 Replies

When thinking about the ankle support provided by mid-height boots, it's commonly assumed that the height can help stabilize the ankle. But the height of a boot is only part of that story. The midsole construction of the boot itself is really where "stability" lies. You can still roll an ankle in a boot if the midsole under your feet is supple, or you hit a big enough rock. There is some stability provided in the height, but really the height of a boot can help extend the waterproofing coverage or work as a kind of gaiter to keep debris out of your boot.

To that end, can you run in a mid-height boot? You could. Merrel, Hoka, and Salomon have all transformed versions of their trail runners into mid-height boots to allow hikers the running shoe feel in a boot height.

But should you run in a boot? Personally, I'd say no. In techical trail running especially, quick turnover and precise steps are the key to avoid falls and increase speed, and for me, it would be difficult to do that with the reduced flexibility in my foot and ankle from the boot. I'd also be concerned with friction caused by the taller height of the boot, particularly around the ankle bone. It's not impossible to run in a boot, and you might find it works for you, but I'd tread carefully on your first outings to see if it's right for you.

If you're concerned with rolling an ankle on runs, I'd recommend using a stiffer running shoe, or practicing trail run techniques that focus on quick foot turnover first.

Hi @REI-PearlD, what train running techniques do you suggest, like are there any videos? I used to use boots that I would run in from time to time but have switched entirely to trail sneakers. It was a huge improvement, but I'm still trying to figure out how to be more nimble when navigating terrain that has a lot of loose, sharp rocks. I've watched fast runners pass me by and try to mimic their turnover, but I need to do more work.

Salomon has a great video series on "How to Trail Run." Check out this video: https://www.youtube.com/watch?v=YLScRlispoo that focuses specifically on downhill running. There's an uphill running video in the channel as well.

There are so many factors at play in uneven terrain (core strength, foot flexibility, skill, etc), but I think one of the most important factors is confidence! Sometimes I get nervous on technical terrain; however, having a positive mindset helps me push past my fear and bomb down trails as fast as I can! 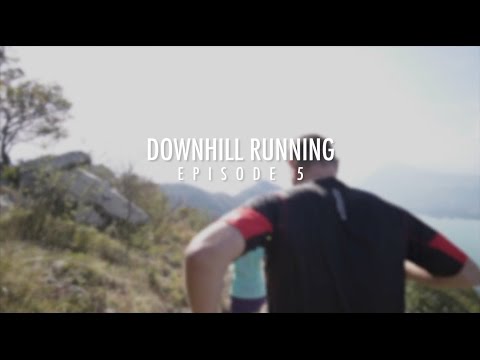 Thank you @REI-PearlD — that is helpful and appreciate hearing about your personal experience. Hoping to build that confidence!