@Philreedshikes
I’d love to see that rock piece from the north face if you’re willing to share a photo of it on here!

story time!  from Grindelwald, there are 3 peaks, the Eiger, Monk, and Jungfrau.

There is a train you can take from the valley which winds along inside the mountains up to top of the Jungfrau (Jungfrau Joch).

This railway passes the famous Eiger window (1 of several) on the North Face.( as depicted in Clint Eastwood's "the eiger sanction".

I just read that as of 2017 the train no longer stops there so passengers can no longer get out a look out the window....which is indeed dramatic to say the least.

Up, more or less, behind the Jungfrau is a glacier system (KonKordia Platz) creating a gigantic broad flat plane with huts which you can walk or ski (pushing yourself) and make sort of a loop. The glacier is the Grosser Aletschfirn.

My friend and I went up there for a ski touring trip (mostly schussing/pushing, not much skiing April 1997) from the Jungfrau Jock to the Konkordiahutte to the Hollandiahutte and then skiing down from the plateau to the village of Gletscherstafel.

On the way to the Hollandiahutte we had a white-out and couldn't follow our straight 'line of sight' to the hut.  We tried to follow ski tracks for a while but that didn't work.

We then shot an azimuth to the hut through a break in the clouds and I would send Rich out in straight line on the azimuth until he was barely visible, ski up to him and repeat.

Well, we started curving very slowly to the right and headed up the wrong glacier valley for about an hour until the wind pushed the clouds and revealed a ridge that wasn't supposed to be there!

We were able to deduce our location through 'brilliant map reading skills' (lol) and backtracked to where we were supposed to be. By that time the fog amazingly lifted just in time for us to reach the hut before nightfall!

Which was a good thing because we weren't prepared for a camping trip on the glacier!

On the  top part of the ski down the valley, I fell and my ski came loose and sailed down the mountain in the fog.  I thought I was toast!  Rich skied down and miraculously found my ski and was gracious enough to take a photo!

The photos are pretty much crap, but I'm putting them together for a short youtube video.

@Philreedshikes - What an exciting story! Glad you made it to the hut before nightfall. Definitely shows the importance of having some extra navigation skills in your repertoire to keep things safe. Also, the photos are definitely not crap. They are great to look through while imagining y'all's trip!

It was such a big win to find your ski downhill. I have a little leash on my bindings and am told by some of my "ultralight" friends that I should take it off. This story adds to my list of reasons why it should stick around!

Be sure to let us know when the YouTube video is up. Thanks again for sharing!

REI Community Manager
1 Like
Reply
In response to REI-CarterC

@REI-CarterC  well...I went ahead and whipped up this little vid to put the story together, fwiw, 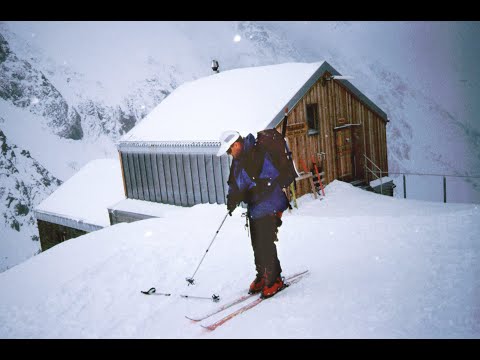 @Philreedshikes That was great! I loved the North Face ski gear. Also, those skis were really skinny! What an adventure!

REI Community Manager
1 Like
Reply
In response to REI-JohnJ

@REI-JohnJ  thanks! You’re too kind!

Great story! I'm feeling like re-reading 'The White Spider' is on my agenda now. Which reminds me...have you seen 'North Face'? It's a movie about the first ascent of the Eiger. It is subtitled but I feel like that gives it more authenticity. It's available to rent  on Prime Video, $2.99 well spent I think!

@REI-JohnJ  thanks.  I have seen it, really epic!

@tadoerner  CHILE is hands down my favorite place in the world to backpack!

It has such diversity, that no matter what environment suits your fancy, it will have it. Plus, there are some extremely unique fauna in the area, that you'll be hard pressed to find anywhere else. The remoteness of it and the fact that it is not on the top of many people's travel lists makes it a great place to get away from the world, too.

Patagonia is my go-to region, but the rest of the country also has amazing trails to offer (including in the Atacama desert, the driest desert in the world)!

See my profile here for some pictures, or my photography website www.brynsharpphotography.com if you want to see more captures from my adventures in Chile.

I'm curious if anyone else has ever backpacked in Chile?