Turn on suggestions
Auto-suggest helps you quickly narrow down your search results by suggesting possible matches as you type.
Showing results for
Show  only  | Search instead for
Did you mean:
Sign In
Sign In Create an REI Account
Help
Announcements
Membership now as great as the outdoors!
Already a member? Take a look at the Co-op Members section of the community.
Ready to join? Explore all of the benefits here.
Topic options

We are schedule to backpack from South Lake to North Lake end of June.  Has anyone done it recently? We would like to know the snow and/or water crossing conditions/level.

Casual Visitor
0 Likes
Reply
You are not currently signed into a Conversations account. To reply to this topic, please register or sign-in.
9 Replies

Hi @Rameshgov - Thanks for reaching out!

@Ana-hikes, do you know of any updates for this area?

I’ll hopefully be on that same section come August

We were always amazed how many people came back to complain that we didn't tell him how bad the mosquitoes were. We'd have to put up big signs saying "Warning! Lots of mosquitoes!" And still people would come back and complain that you didn't tell us that it would be THAT bad.

Snow levels are lower than normal this year and the most voracious mosquitoes are tied to snow melt. It won't be as severe as normal, but usually that's more severe than people who haven't experienced bad mosquitoes can tolerate in the month of June. To avoid mosquitoes go before June or after July.

I have a Sierra trip planning on beginning about July 20th. I will still have lots of mosquitoes, and probably smoke.

By the way, I have been on the road living outside since May 20th. I have traveled through Eastern Arizona Western New Mexico and now Northern New Mexico. I haven't seen one mosquito. I will do a 4-day backpacking trip very soon in the Pecos wilderness and I won't have to bring any bug spray with me. Imagine that.

Most of the Pecos Wilderness is closing tomorrow - fire. I could see the start area on Friday. Drat. Dodgeball time - away from smoke and fire. 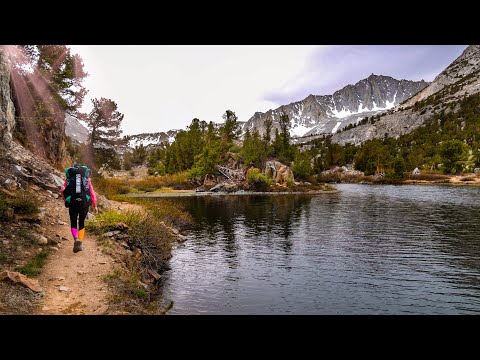