Hope you are safe out there.

First, pardon my English. Please read with the best intentions 😉

In the future I will post pictures and videos from various hikes/back backing trips here in Norway. Hope you will enjoy the content.

In the calendar several shorter hikes is planned in the coming months as part of testing gear and prepare for longer hikes this summer. First the preparations lead up to a week long hike in the end of June, and that week is the last preparation for a two week packraft hike in the north of Norway in July.

This is as short video from a test hike, practicing to use the camera, testing abackpack with a (DIY) modified carry system, and the new packraft. The video is shot in the southern parts of Norway.

Paalbaal
Rolling Stone
7 Likes
Reply
Sorry, either you cannot reply to this topic or you have not verified your email address by clicking on the verification link in the email we sent you when you registered. If you did not receive an email from us, or need us to resend it, please visit your User Profile page.
26 Replies

Thank you so much for sharing this! Great video! I have a question: what kind of packraft do you have? How long have you been using it? Thoughts or tips? A packraft is very high on my list of pieces of gear to add to my adventures and I'm always looking for input.

Hi John, and thank you for those kind words!

"What kind of packraft do you have?

The story is that I have used an inflatable kayak from the brand Sevylor, the model "Rio" since it was released. Before packrafts. I bought two, one for my son, he was 12 years old at the time, and we used them on a two week expedition light. They was, and still is, very sturdy and safe.

As the story goes, pacrafts started to emerge on the marked. But first I was a skeptic. After trying one, I was convinced that used the right way,  it would give me almost the same experience as the "Rio", but at much lower weight and packs down much more. Still, my experience so far is that I have to plan and think through certain things that I didn't have to with the "Rio".

So my thoughts or tips is just basics.

1. Be aware of the place/ground you inflate it and set it out. Look out for sharp objects on land, in the water and the lake/river side (Sticks/logs etc).

2. Plan/look ahead if used in a river you know you can encounter logs, sharp stones etc.

3. Plan/look ahead for places to go ashore. If the stream is hard, the low weight on the packraft makes it a easy target for those streams and you can get into problems getting out/in of the packraft.

4. Same as above, but on lakes, with waves created by wind. Can be tricky to get in/out. And on the lake in high wind, it really drifts.

5. Get the right length for you. To short is not cool. I have chosen a 275cm so I can pack more since I will use it on expeditions to.

6. A rain cover/deck for the packraft is a must for me.

7. Some say the stability on lakes is better if the packraft has a "fin" glued on, but I think it paddles fine without it.

"A packraft is very high on my list of pieces of gear to add to my adventures and I'm always looking for input."

The "Rio" lifted my hiking/expeditions to another level. Some times just paddling, or a combination of paddling and walking. (Pulled the "Rio" behind me like a sledge). It's the same with the packraft, it just enriches the hiking life so much. But again, a packraft has to be used with care.

Thank you so much for the great information and for sharing your photos and videos with us. Please keep them coming!

Hi good people of the Rei family! Hope you still are safe!

Sorry for the absence, but all for a good reason, what we all love, the outdoor!

In total I have spent four weeks in tent this summer on various hikes&adventures, all of them fantastic in their own way. And, as always, mother nature still has a lesson or two for a longtime hiker.

Sharing this video with you from my test&practice hike before the two week hike I had together with a friend in the North of Norway. Hope you like it. Also, our Instagram is now published, so would be happy for any new likes and followers. (60degreesadventures) 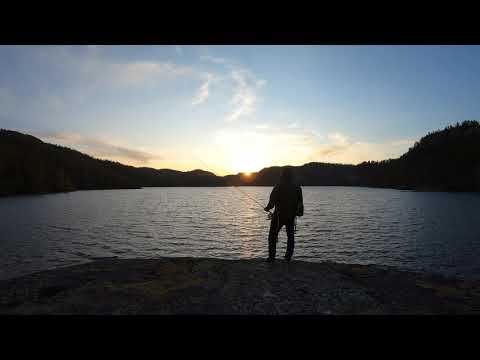 What was your set-up? Was it a rainfly/tarp and then a bug net? That is very interesting, I don't think I have seen that before.

Hi. Sorry for my English. Thanks for your interest!

Up here in Scandinavia, it is quite common with a combination of tent and tarp, and that is what you see in the video. The particular tent is a budget pyramid shaped 15D nylon tent with a bug net innertent attached, placed under a DD Hammocks nylon tarp.

In general the reason is to expand the living space. Moreover, it also provides shade on sunny days. Lastly, when arriving at a camp site on rainy days, raising the tarp first, provides a practical dry area. This keeps the gear out of the rain while setting up the tent. It's also convenient to dry wet clothes under the tarp. My favorite thing with this setup, when possible, is to have the campfire on the edge of the tarp. Above the treeline, I use paddles or hiking sticks to erect the tarp.

In general, my impression of today's hikers is that many choose to use 1-person tents, rather than sleep together in the same two or three person tent. There is of course various reasons for this, and that should be respected. However, back in my youth, I can recall sleeping in the same tent, be it two, three or four people, and found this to be more fun and social. So when everybody use solo tent this days, a tarp is a great social gathering place as well.

Do you have an issues in the rain? It seems that in a heavy downpour it may still get in on the sides or is that not the case?

Strong winds in combination with rain is a challenge. Then again, a 3x4m or 4x4m tarp is really flexible when it comes to various configurations, and you can for example lower the whole tarp, or lower one or more of the sides, even all the way to the ground.

Last summer we started our two week hike up in the highlands above treeline (called "vidda" here in Norway). The wind was really strong, but after spending some time slowly erecting it step by step, we managed to pitch the tarp low at back, and perfect height for sitting down towards the opposite side where the campfire was. (Video series from this hike is in progress) Before we went to sleep we took the tarp down and secured it with small rocks, paddles and firewood, leaving all the guylines and pegs in place.  Next morning is was all ready to be raised in a few minutes.

Hi @REI-JohnJ! Hope you and yours are safe!

Just a quick note to tell you that my son has taken over my Kipara packraft, and I have bought a new MRS packraft. The measurements like length, width and weight, is about the same. Moreover, it has approximately the same technical solutions, like attachments points, seat, backrest and sprayskirt/spraydeck. Can't wait to test it before the three week hike this summer. I'll let you know what I think in May/June.

Have you bought yours yet?

Sharing Images & videos of hiking in Norway: Flying Over Norway!

Other boards in this category